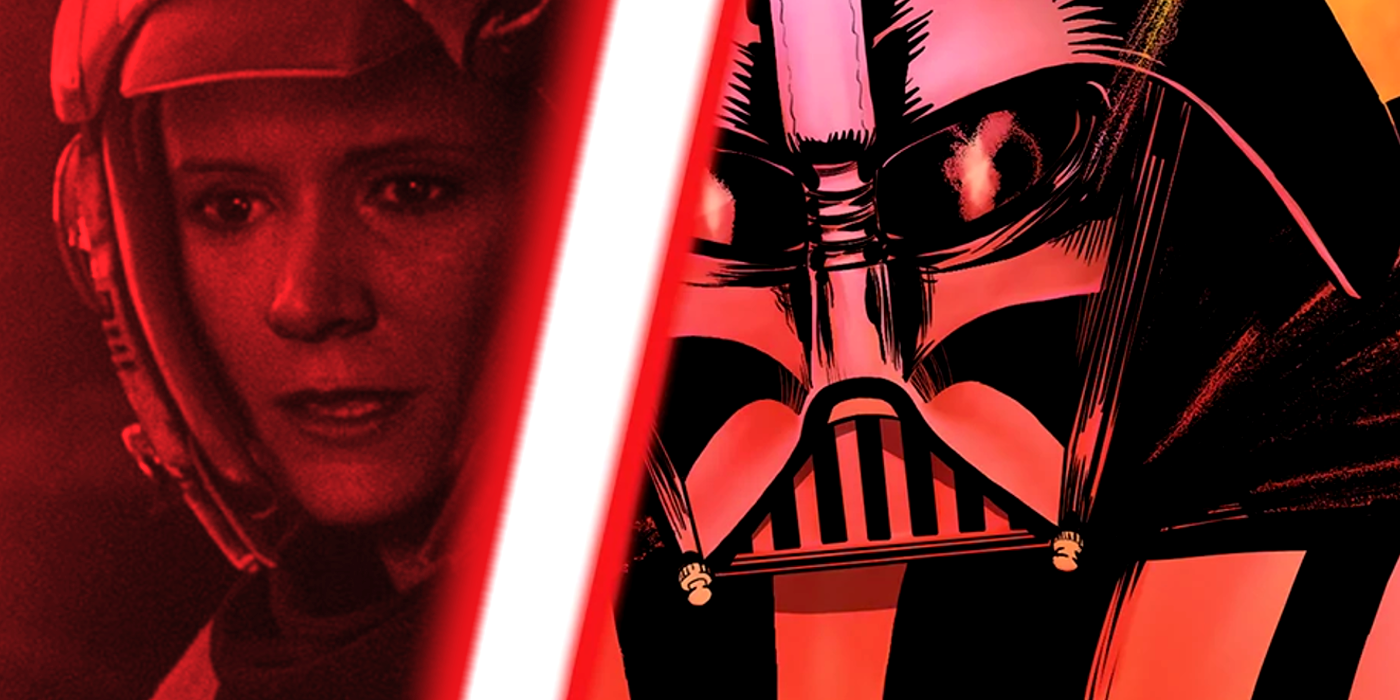 After the events of the original Star Wars trilogy, the Jedi-trained Leia nearly fell to the dark side of the Force like her father, Darth Vader.

While Leia Organa became a true Jedi in the Star Wars Legends continuity, her path to knighthood brought her far closer to the dark side of the Force than many would think, risking the creation of the next Darth Vader. Leia’s strong connection to the Force and her altruistic leadership in the Rebellion made her a natural choice to become a Jedi in Luke Skywalker’s New Jedi Order, similar to her story in the ongoing post-2014 canon timeline. Unfortunately, a specific incident that reminded Leia too much of her late father, Darth Vader, led her to put her Jedi training on hold for decades.

As shown in the Star Wars Legends timeline’s Thrawn Trilogy and Dark Empire comics, Leia was tutored in the ways of the Jedi by Luke Skywalker and the venerable Jedi Purge survivor Vima-Da-Boda, becoming skilled in the Force and lightsaber combat relatively quickly, due to her natural aptitude. This happened in the current canon as well, with Star Wars: The Rise of Skywalker showing her complete her training with Luke in a flashback, only to ultimately abandon the Jedi path due to a premonition regarding the corruption and death of her son, Ben Solo. In Star Wars Legends, Leia similarly left the Jedi path after an incident that endangered her children.

Issue 16 of Star Wars Tales demonstrates Leia’s skill and dark side temptation in the story “The Other,” by Jason Hall and John McCrea. On the New Republic capital world of Coruscant, Leia and her three children are attacked by Imperial terrorists, a common occurrence in the Legends timeline. Leia dispatches her assailants with effortless skill, but she nearly kills one of the would-be assassins and stops herself upon seeing a reflection of herself in his armor that looks eerily similar to Darth Vader’s mask. Leia sees that she has the potential to become the next Darth Vader, even saying the moment makes her understand her father’s corruption to the dark side. Leia puts her Jedi training on hold that day, but it isn’t the last time she uses the Force and a lightsaber to defend herself and others.

Throughout the Star Wars Legends timeline, Leia continued to use her Jedi training without pursuing knighthood, focusing on leading the New Republic against threats like Imperial warlord factions and the Yuuzhan Vong instead. Leia’s temptation by the dark side is nothing out of the ordinary for aspiring Jedi, especially members of Luke’s New Jedi Order, who were encouraged to embrace their emotions and live normal lives outside of their Jedi duties. Fully aware of the atrocities that her father committed after falling to the dark side, however, Leia’s hesitance to potentially walk the same destructive path had a huge effect on her journey.

While the canon continuity’s Leia never again rejoined the Jedi, her Legends counterpart eventually trained under the Jedi Master Saba Sebatyne after the Yuuzhan Vong War ravaged the galaxy, leaving one of her children dead and the other on the path to becoming a Sith Lord. By the end of the Swarm War, Leia fully embraced the Jedi way, constructed a new lightsaber, and officially became a Jedi Knight. Leia Organa’s fear of succumbing to the dark side never became a reality in Legends, with the Princess of Alderaan and former Rebel leader becoming one of the Star Wars Legends timeline’s most formidable Jedi, but the temptation to become the next Darth Vader kept her from realizing her potential until there was no other option.

Next: Luke & Leia’s Palpatine Fight Is What Rise of Skywalker Should Have Been

David Miller is a staff writer for Screen Rant, indie comic writer, and life-long lover of all things Star Wars, Marvel, and DC. He was born and raised in New York and has a degree in English from Rider University. He relates to Peter Parker maybe a little too much.