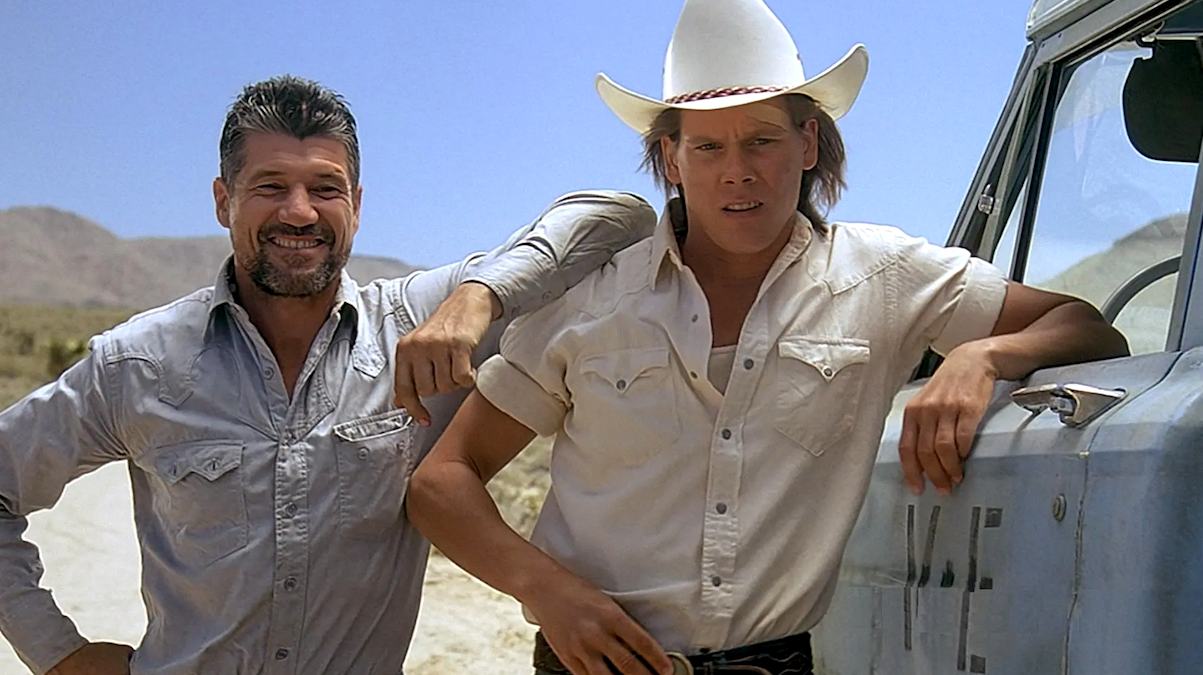 Bacon shared a photo of himself and Ward from the 1990 cult hit “Tremors,” writing, “So sad to hear about Fred Ward. When it came to battling underground worms I couldn’t have asked for a better partner. I will always remember chatting about his love of Django Reinhardt and jazz guitar during our long hot days in the high desert. Rest In Peace Fred.” The two reunited in 2018 for a “Tremors” TV pilot that sadly was not picked up.

Lou Diamond Phillips, who costarred with Ward in the 1991 film “The Dark Wind,” tweeted, “Saddened by the passing of Fred Ward. It seems far too soon. Such a dignified and grounded man. We bonded over spirituality and music in the Arizona desert while making The Dark Wind. He was a calm in the Hollywood storm. #RIPFredWard.”

Matthew Modine, who worked with Ward twice, wrote, “Devastated to learn about the passing of my friend, Fred Ward. I had the absolute pleasure of working with this wonderful man in Robert Altman’s Shortcuts and Alan Rudolph’s Equinox. A tough facade covering emotions as deep as a the Pacific Ocean. Godspeed amigo.”

Kate Mulgrew, who costarred with the late actor in 1985’s “Remo Williams,” remembered him as, “decent and modest and utterly professional, he disarmed with a smile that was at once warm and mischievous.”

The “Right Stuff” star was also mourned by his “Southern Comfort” castmate, Alan Autry, who wrote, “Saddened to hear of the passing of fellow actor, Fred Ward. We had such a great time slogging through the bog together in the movie, Southern Comfort. A great man with a great heart. Prayers and condolences to his family.”

No cause of death for the 79-year-old actor has been announced.