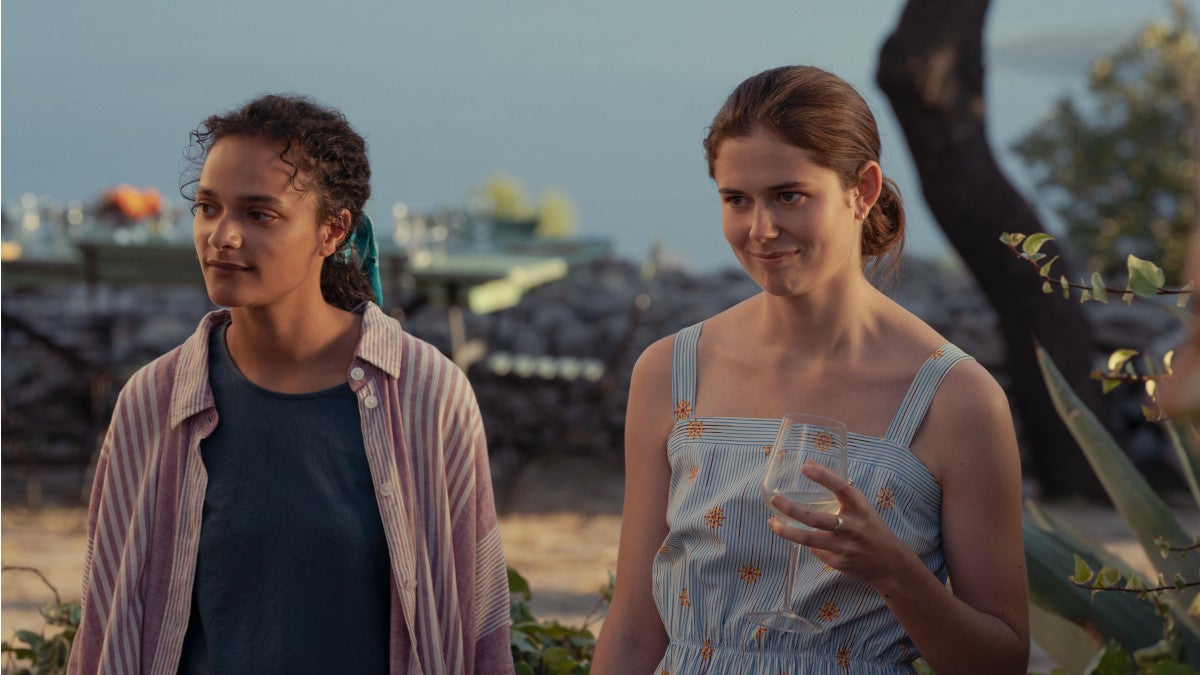 The days are getting longer, the nights are getting shorter and the temperature is occasionally spiking to stay-inside-and-leave-the-AC-on-all-day levels. But don’t worry, if you have one of these summery bursts of springtime weather, there’s certainly plenty to watch. This week alone we have a series about weirdo LA icon Angelyne, a new adaptation of a steamy Sally Rooney novel and J.K. Simmons and Sissy Spacek unlocking a portal to another world. That’ll help if you’re stuck inside right?

On with the television!

All hail Angelyne, the subtle trailblazer who was arguably the first person who ever became famous by being famous. Decades before the Kardashians made their debut it was Angelyne who appeared out of nowhere with a singular, unified brand (mass of bleach blond hair, pink ensemble, pink car) and a billboard in Hollywood. Soon she was cast in a string of movies and released several albums, still without anybody really knowing who she was or where she came from. This limited series, based in part on a Hollywood Reporter article that exposed her complicated past, stars Emmy Rossum in the lead role, a transformation just as wholly unexpected as Lily James becoming Pamela Anderson. Will learning the true story behind Angelyne add to her legend or diminish? Can anything really dim a star that mystifyingly bright? [TRAILER]

“Amphibia,” created by Matt Braly, was part of a wave of original Disney Channel programming that popped up in the wake of their massively popular series “Gravity Falls” (which Braly worked on). Part fish-out-of-water comedy (or is it frog-out-of-water comedy?), part fantasy epic, “Amphibia” chronicled the life of a human girl named Anne (Brenda Song), who gets magically transported to the titular land, a realm ruled over by anthropomorphic amphibians. What started off as a relatively straightforward comedy has evolved, over the course of its three seasons, becoming one of the most sophisticated and emotionally nuanced animated series in recent memory. And this series finale promises to be a barnburner. If you’ve never seen the show, time to catch up. And if you’ve loved it for all these years, it’ll be tough to say good. [INTERVIEW]

Talk about an inspired take – instead of a live-action remake of a classic Disney cartoon, something we’ve seen time and time again over the years, this new “Chip ‘n Dale: Rescue Rangers” takes a more meta approach, introducing Chip (John Mulaney) and Dale (Andy Samberg) as former stars of the titular TV show who have grown apart and who are brought back together to solve an animation world mystery. Think “Who Framed Roger Rabbit” meets “The Player.” There are so many fun cameos and Easter eggs, not just from Disney characters but from the entire world of animation, orchestrated with gleefully chaotic abandon by the Lonely Island gang. If you’re looking for a fun watch with the whole family and the 10,000th viewing of “Turning Red” won’t do, this could be a new favorite. [TRAILER]

This two-part George Carlin documentary, directed by Judd Apatow and Michael Bonfiglio, “examines a cultural chameleon who is remembered as one of the most influential stand-up comics of all time” (according to the press release). “George Carlin’s American Dream” looks to chronicle Carlin’s personal hardships and professional triumphs. Chris Rock, Jerry Seinfeld, Patton Oswalt, Stephen Colbert, Bill Burr, Bette Midler, W. Kamau Bell, Sam Jay, Judy Gold and Jon Stewart are amongst the interviews, alongside Carlin and his first wife Brenda’s daughter Kelly Carlin. This will be undoubtedly captivating, no matter your familiarity with the comedian himself. [TRAILER]

This staple of the Disney Afternoon syndicated animated programming block was adapted into a gonzo, mostly-live-action feature on the Disney+, so why not take a look back at the original series? The series, created by Tad Stones and the dearly departed Alan Zaslove, premiered in 1989 and some of that still comes through (Chip and Dale are dressed like Indiana Jones and Magnum P.I., after all), but the animation is still as crisp and elastic as it always was and the writing is uniformly strong (them being detectives is so fun). “Chip ‘n Dale: Rescue Rangers” is being resurrected for a reason – it’s that good. [WATCH]

A pseudo-follow-up to Hulu’s 2020 sensation “Normal People,” once again based on a novel by Sally Rooney and partially directed by Lenny Abrahamson. (This is, once again, a co-production between the BBC and Hulu.) This time the cast of attractive young people who find themselves in sticky romantic entanglements includes Alison Oliver, Sasha Lane, Jemima Kirke and Taylor Swift muse Joe Alwyn. Is it getting hot in here or is it just this show? [TRAILER]

HBO’s latest buzzy Sunday night drama (following the finale of “Winning Time”) is an adaptation of Audrey Niffenegger’s best-selling novel of the same name (it was adapted once before as a feature film starring Eric Bana and Rachel McAdams). This time around the titular time traveler’s wife is played by “Game of Thrones” breakout Rose Leslie and the time traveler himself played by “Divergent” star Theo James. All six episodes of the first season were directed by David Nutter and written by someone who knows a thing or two about “timey wimey” business, former “Doctor Who” showrunner Steven Moffat. Blimey! [TRAILER]

This third volume of envelope-pushing animated sci-fi shorts (born out of a proposed “Heavy Metal” reboot) is notable for one huge reason: executive producer David Fincher makes his animation directorial debut, with a seafaring short called “Bad Travelling,” with animation handled by Blur Studios, the company run by fellow producer Tim Miller (who created the opening title sequence for Fincher’s “The Girl with the Dragon Tattoo”). Other filmmakers in this crop of shorts include former Disney animator Patrick Osborne (directing the first sequel to an earlier “Love, Death + Robots” short), “Kung Fu Panda 3” director Jennifer Yuh Nelson (who joined during the last crop as an executive producer) and Miller himself, with stories taking inspiration from the work of writers Neal Asher (x 2), Michael Swanwick and Bruce Sterling (among others). Not for the kids, but a whole lot of naughty animated fun. [TRAILER]

The latest edition to the extremely niche sub-genre of “Prime Video shows where someone is concealing a mysterious portal,” “Night Sky” stars J.K. Simmons and Sissy Spacek as a couple who have concealed a gateway to a desolate planet in their toolshed. Complications arise when their neighbors start getting nosy and – surprise! – they find another person on the supposedly uninhabited planet. Following so closely in the footsteps of Prime Video’s other mysterious vortex show “Outer Range,” hopefully “Night Sky” will capture the same winning combination of pathos and supernatural weirdness. [TRAILER]

Romantic comedies have had something of a resurgence thanks to streaming and “The Valet” looks like it could fit nicely into this new niche. A remake of the 2006 French film of the same name, this new version stars “Ready or Not” star Samara Weaving as an actress who hires a valet (played by Eugenio Derbez from “CODA”) to pose as her boyfriend to cover up an affair. Sounds wacky to us! The cast also includes Max Greenfield, Marisol Nichols and Betsy Brandt. Could be a lot of fun! [TRAILER]