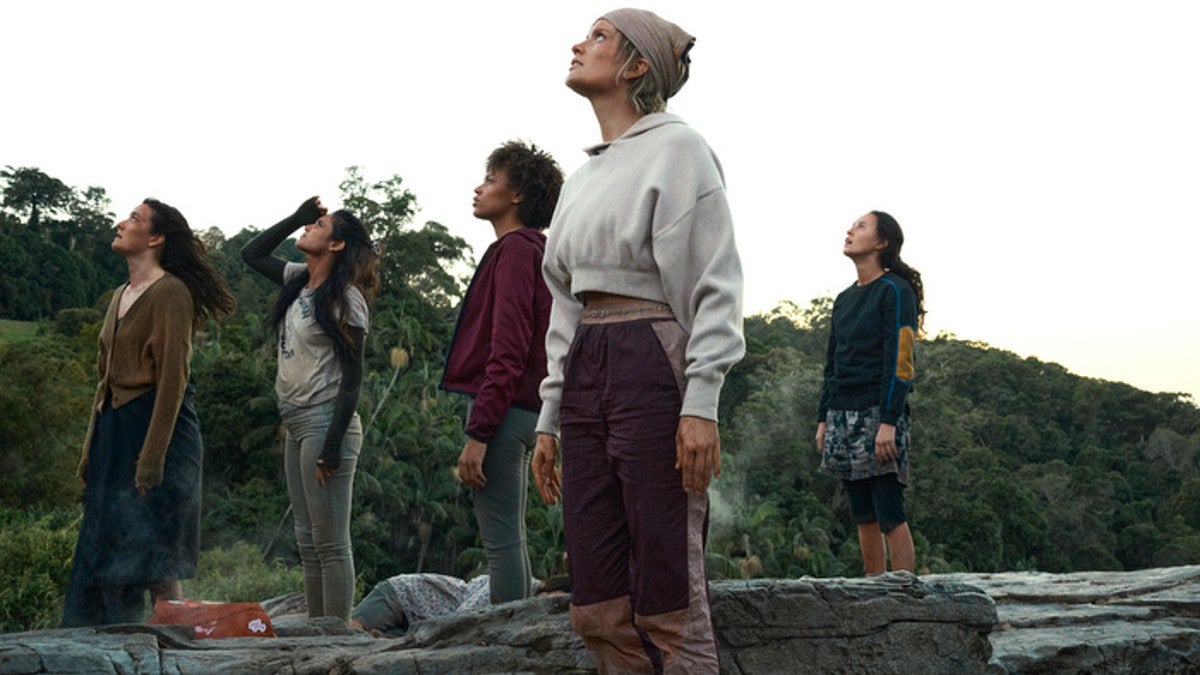 For “The Wilds” writers, executive producers and showrunners Sarah Streicher and Amy B. Harris, the island on which a group of teen women — and in Season 2, a control group of adolescent boys — are trapped (as unwilling participants in a twisted sociological experiment) is a metaphor for coming of age, which, Harris told TheWrap, is “very dark for a lot of people.”

“And the idea that you can be seen and that a story that you relate to or feels like it’s a part of what you went through — even if it’s dark — deserves, I think, to be told,” she added.

When the Prime Video show premiered in late 2020, it unraveled a complex survivalist narrative featuring young women in hostile opposition to their surrounding environment, themselves and often each other. They were forced to learn how to hunt, build shelter and make peace with their horrifying newfound situation. Season 2, which debuted May 6, expanded the universe with the introduction of a separate boys’ island — once again orchestrated by the mysterious, omnipresent Dawn of Eve founder Gretchen Klein (Rachel Griffiths), continuing in her rabid quest to prove women can build a better, thriving society when faced with unimaginable pressures.

Speaking to the sophomore season’s dynamics, Harris said she and Streicher — who created the series — were intrigued by the idea that the boys’ island would “fail because of aggressive male toxic behavior.” Expounding that further, they settled on the juxtaposition of two polar opposite characters: the charismatic, seemingly nice guy Seth (played by “The Society’s” Alex Fitzalan) and outwardly masculine lacrosse player Kirin (Charles Alexander). In Episode 4, Seth sexually assaults Josh (Nicholas Coombe), an awkward, well-meaning kid, who previously attempted to comfort him following an incident in which he was pantsed by Kirin.

“A lot of the storytelling on the boys’ island was driven by this intention to show a bit of a #MeToo debate emerging among this all-male community,” Streicher said, “And how advocates for victims can emerge from unexpected places, like from Kirin, who has a stronger moral center, certainly, than Seth.”

Furthermore, the assault’s aftermath explored Josh’s hypermasculine response to what happened to him, offering commentary on the cyclical nature of abuse and victimization as he ventured to bully Bo (Tanner Ray Rook), someone he considers lower than him on the food chain.

After the rest of the group uncovers Seth’s assault, as well as his pattern of controlling and abusive behavior, the boys’ island collapses. Separately, the girls’ group makes it to Day 50, and are “rescued,” in what was previously revealed as the research program’s second phase.

While discussing Season 2’s finale, Streicher explained that the end goal was always to keep the game going. The two groups, comprising a total of 15 teenagers led by Leah (Sarah Pidgeon), unite and break out of the harsh, gray “recovery” facility at which they’re being held — only to discover that they never left the island.

“The intention was to have a Pyrrhic victory of sorts — that, yes, they’ve got Gretchen’s number, or at least Leah did, enough to force her to flee, but that they’re still very much under her boot heel in a way,” she said. “And I think that is reflective of a lot of my own experience of coming of age, of adolescence…It’s like this battle for agency, and it’s like scrapping toward feeling like you have some level of control, and once you get it, you often realize, ‘Well, I had one thread of control, but actually, that doesn’t amount to much.’ You can take an inch but the powers that be will be taking a mile.”

In crafting Gretchen’s persona, Streicher said the pair took inspiration from disgraced Theranos founder Elizabeth Holmes, who was convicted of four counts of fraud and faces a maximum prison sentence of 80 years.

“Elizabeth Holmes has always been a bit of a model for the Gretchen character — one of these ideologues who think that the ends will justify the means and they just keep repeating that to themselves over and over as they forge ahead,” Streicher said. “And you know, to their credit, I think they both believe that, ‘I have this noble end and you just need to bear with me while I go through all of these grisly means to get there.’”

Even though Gretchen remains unscathed in the finale, the Department of Justice is now hot on her trail, thanks to Leah’s tip-off to the FBI with a quick-thinking phone call. Looking forward to a potential Season 3 renewal, Harris said the show will aim to unpack what accountability looks like for such a Machiavellian character, for whom the worst punishment must be having no real “impact” and failing to achieve notoriety.

Additionally, the EPs are excited to tease out new dynamics between surprising duos, “watching for different chemistry fills” now that the boys and girls have joined forces, Harris said. With a renewal, “The Wilds” would also finally take viewers to a future timeline, focusing on the castaways who have finally escaped Gretchen’s manufactured hell.

“The heart and soul of what I’m excited to explore is — how has this particular experience impacted their personhood, their being, their development, for the better and for the worse?” Streicher said. “Has she strengthened them in some perverse way, and they owe her a debt of gratitude? … Or has she really thrown them off in ways that have derailed them?”