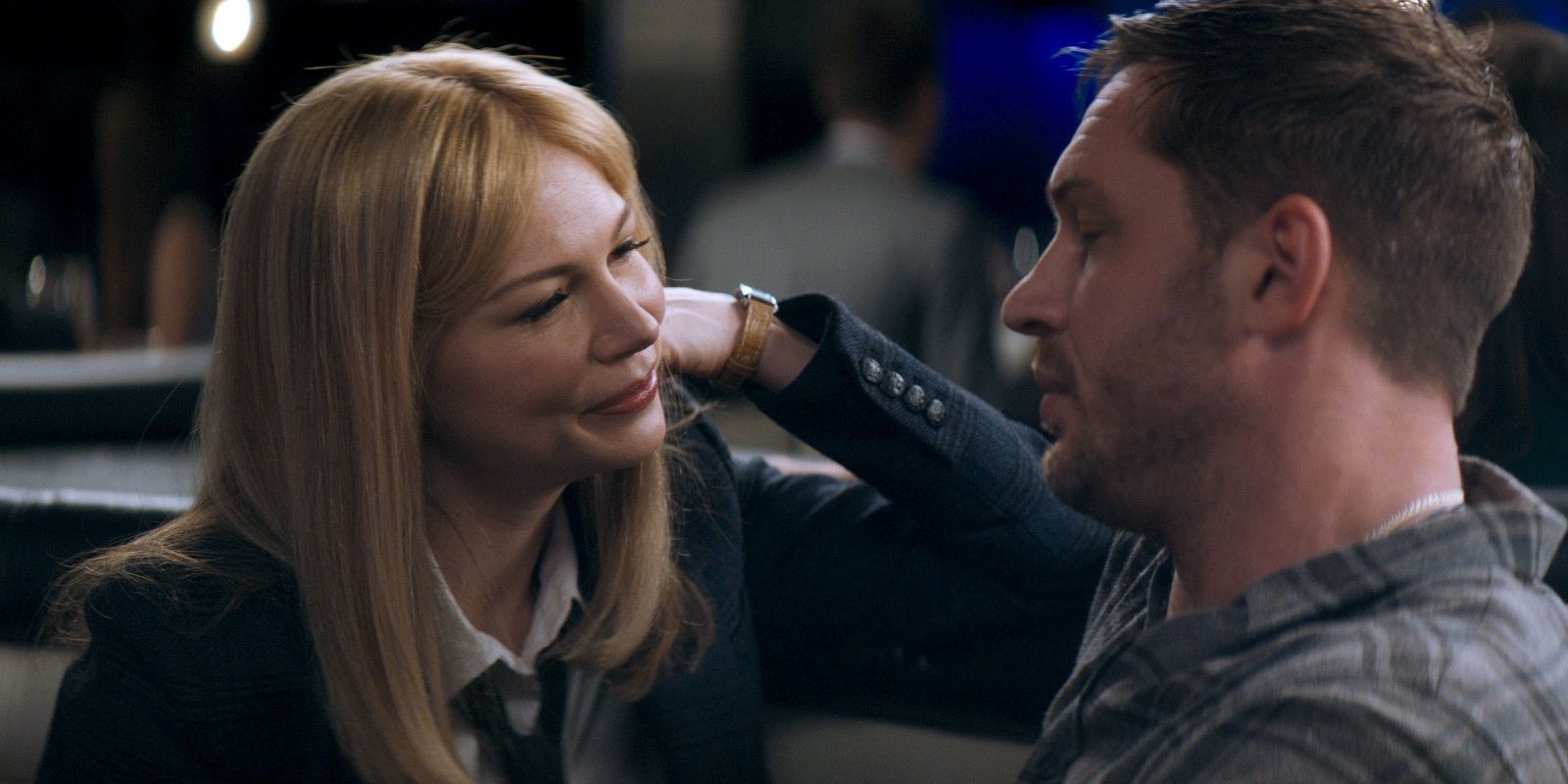 Michelle Williams definitely wants to reprise her role as Anne Weying for the third installment in the Venom series and hopes to be invited back.

Michelle Williams would definitely like to reprise her role as Anne Weying in Venom 3 and is just waiting for the invite. Williams has appeared alongside Tom Hardy in both Venom and its sequel, Venom: Let There Be Carnage. While the films have received mixed reviews, they both drew in large audiences and have proved very successful at the box office. Hence, it wasn’t very surprising when Sony announced at CinemaCon 2022 that Venom 3 was in development. Not much is known about the film, other than that Hardy will be returning as Brock.

In the first two installments of Venom, Williams portrays Weying, Brock’s ex-fiancé. While she is now engaged to another man, Dan Lewis (Reid Scott), she and Brock remain friends. Weying and Lewis are both privy to Brock’s true identity and know that he hosts Venom. As a result, the two have gotten sucked into his adventures and even helped him fight Carnage. With Brock now being a fugitive, though, it remains to be seen how he will be reunited with Weying and Lewis. Weying has also briefly hosted the symbiote herself, turning her into She-Venom.

I have every intention of continuing with the series. I certainly hope they bring me back.

It isn’t surprising that Williams wants to reprise her role, as she has always been open about her enthusiasm for the franchise. The role of Weying in Venom is a bit of a deviation from some of Williams’ more serious roles. However, she still thinks that Venom is important for her career and that it challenges her emotionally. After all, she has to get into the mindset of having a monster basically enter her body, take over, and leave. When looking at it from that perspective, the role of Weying and her brief stint as She-Venom is no walk in the park. In the comics, Weying had a much darker storyline in which she was deeply traumatized from hosting Venom. Sony’s Venom won’t likely go down that route, but it is intriguing that Williams is pushing herself to understand that side of Weying.

Ultimately, it remains to be seen if Williams will reprise her role. Given her enthusiasm to return and her prominence in the franchise so far, it would be very surprising if she wasn’t invited back. At the same time, no one really knows for sure what Venom 3 might look like. With the Marvel Cinematic Universe’s exploration of the multiverse, many are hoping that Venom 3 will finally pit Venom against Spider-Man. Sony definitely has enjoyed teasing MCU crossovers with their post-credits scenes, but it remains to be seen what will actually come of it. Regardless of the route that Venom 3 takes, Williams seems down to be a part of it.

How 90 Day Fiancé Became The Worst Show In The Franchise

Rachel Ulatowski is a Freelance Movie/TV News Writer for Screen Rant. She works to bring readers the latest news on the shows and movies that are important to them. Rachel especially enjoys writing about celebrity news and sharing the thoughts, struggles, and perspective of some of Hollywood’s biggest stars. In her free time she enjoys reading, writing, and watching anything Marvel, DC, Doctor Who, or Star Wars.