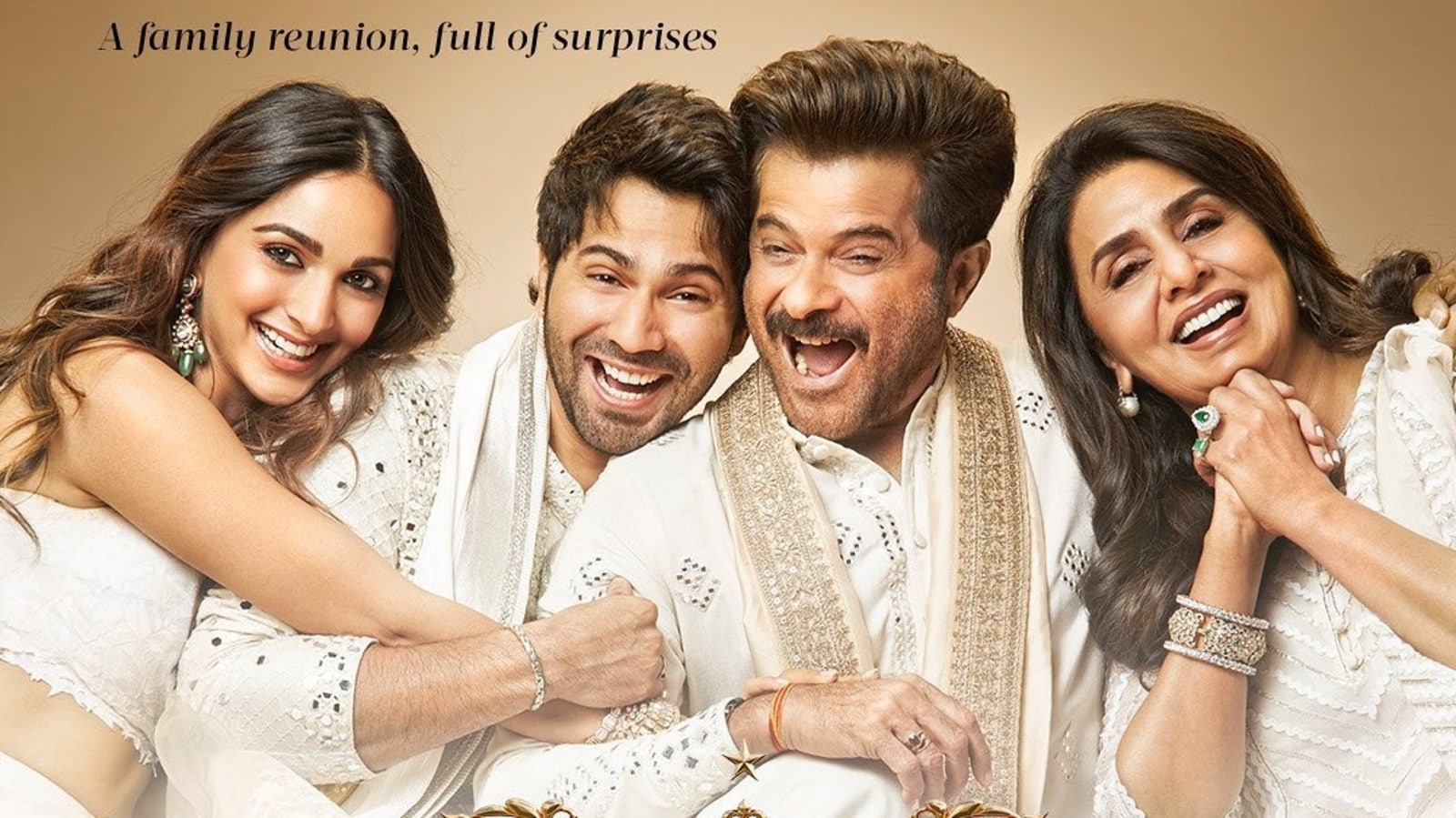 Sharing the video on Instagram, Kiara wrote, “Ladies and gentlemen, my parivaar! Are you ready for a family reunion unlike ever before? Surprises, chaos, masti, emotions – you get a bit of everything with us!”

The film goes with the tagline ‘A family reunion, full of surprises.’ Two posters also show Prajakta Koli and Maniesh Paul joining the cast. Karan shared the posters with the caption, “Aaiye, iss parivaar ka hissa baniye (Come, be a part of this family)! A true family entertainer coming your way – with emotions and love. See you in cinemas on 24th June!”

The first poster shows the lead cast in white ethnic ensembles. The second poster shows them in the same ensembles but with Anil and Varun flexing their muscles and Kiara and Neetu standing together and holding hands. The third poster shows Kiara seated at the centre in a short pink dress. She is joined by Varun and Anil in shimmery party wear on each side and Neetu, Maniesh and Prajakta standing behind them. The fourth poster shows all of them standing side by side in wedding wear.

The shooting of the film was completed last year, with a portion shot in Chandigarh. During the shoot, both Neetu and Varun had tested positive for novel coronavirus. Directed by Raj Mehta, Jugjugg Jeeyo also marks Neetu’s return to films after the death of her actor husband Rishi Kapoor. The couple had featured in 2013 film Besharam, also starring their son Ranbir Kapoor.