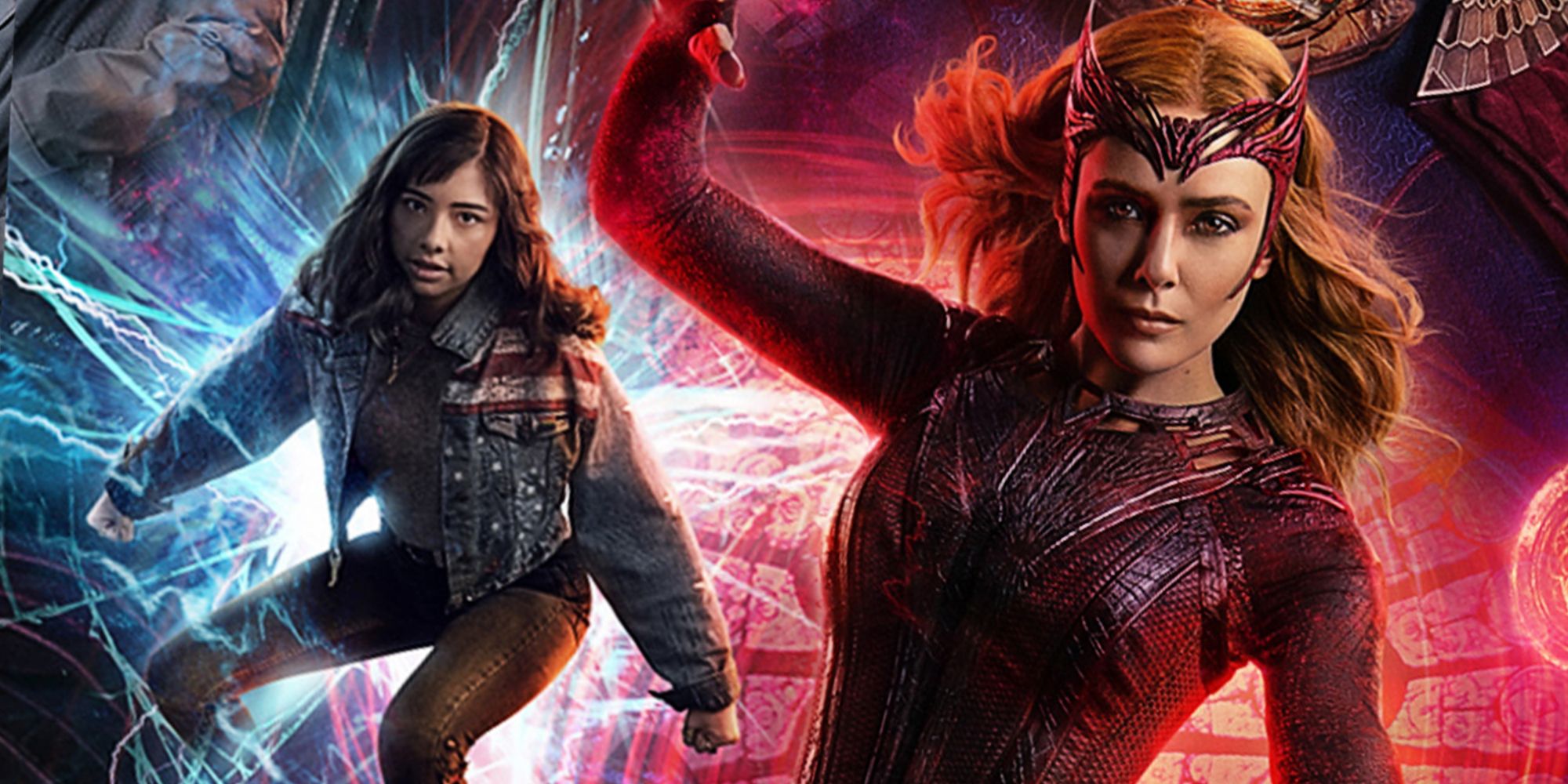 Xochitl Gomez, who plays America Chavez in Marvel Studios’ Doctor Strange in the Multiverse of Madness, reflects on learning from Elizabeth Olsen.

This article contains SPOILERS for Doctor Strange in the Multiverse of Madness.

Xochitl Gomez, who plays America Chavez in Marvel Studios’ Doctor Strange in the Multiverse of Madness, reflects on learning from Elizabeth Olsen, who plays Wanda Maximoff/Scarlet Witch in the film. Helmed by Sam Raimi, this newest theatrical chapter of the Marvel Cinematic Universe’s Phase 4 was released in movie theaters to a mostly positive response from audiences and critics. Reviews of Doctor Strange in the Multiverse of Madness specifically give it praise for its horror and gothic elements — a franchise first for the MCU.

In the movie, America Chavez is a girl from another universe who has the ability to traverse the multiverse at will. Because of this, she is being chased by the Scarlet Witch, who wants to harness her power so she can travel to a universe where she can be with her kids. In the end, this ends up happening, only for Wanda’s kids to recoil in terror, thus helping her realize the monster she has become. As a result, Wanda sacrifices herself by destroying the Darkhold and the Darkhold Castle, while America Chavez moves to Kamar-Taj to learn the ways of sorcery.

In an interview with Marvel.com, Gomez was asked what her favorite thing is about being a “Woman or Nonbinary Creator of Marvel.” She answered by saying she learned a lot about acting from Olsen, studying her methods and mirroring them for her own benefit. She also recalled that Olsen was unaware that she was doing it. Read her full quote below:

It was having this opportunity and this bond with [Elizabeth Olsen], which was great because I got to watch her and I learned a lot from her. I got to study her and see how she would get into character and stuff like that. She’s just honestly mesmerizing. At the beginning, I didn’t know what to expect since I’m a newcomer. I would watch how she gets into character before she hears, “Let’s get ready.” She takes a moment and gets into her headspace, and I was like, OK, I need to do that. That’s how she does it, and I should do it too and I did it. I found it really worked for me as well. I’ve learned that from her without her knowing that I learned that from her!

Olsen recently gave her own praise to Gomez, stating that she had “so much energy and so much undeterred, youthful positivity and confidence” on set while they were filming. The MCU veteran compared the newcomer to her younger self, stating that the 16-year-old actress was much more self-assured than she was when she first entered the franchise. Olsen then expressed her excitement for whatever the future holds for Gomez’s character.

Despite being underrepresented in marketing, Gomez’s America Chavez played a pivotal role in the story of Doctor Strange and the Multiverse of Madness and learning to embrace her powers in the final act hints that Marvel certainly does have plans to use the character in the future. There’s been talk that they might give her her own series on Disney+, which would be a smart move in making her a main hero in the MCU, allowing for more of her backstory and personality to shine. Plus, it’s encouraging to picture the Scarlet Witch cheering her on from the sidelines.

Andy Tolsky is a Movie/TV News writer for Screen Rant. Having grown up in the Los Angeles area, he was drawn to the moviegoing world at a young age. Today he still lives in sunny LA, and he often spends his time scouring the web for the latest movie news and reviews…when he’s not watching movies, that is. His favorite movies include “The Lord of the Rings,” “The Nightmare Before Christmas” and “Baby Driver”.
He can be found on his own YouTube channel, or reached via e-mail at andytolsky@gmail.com and via Twitter at @AndyTolsky.