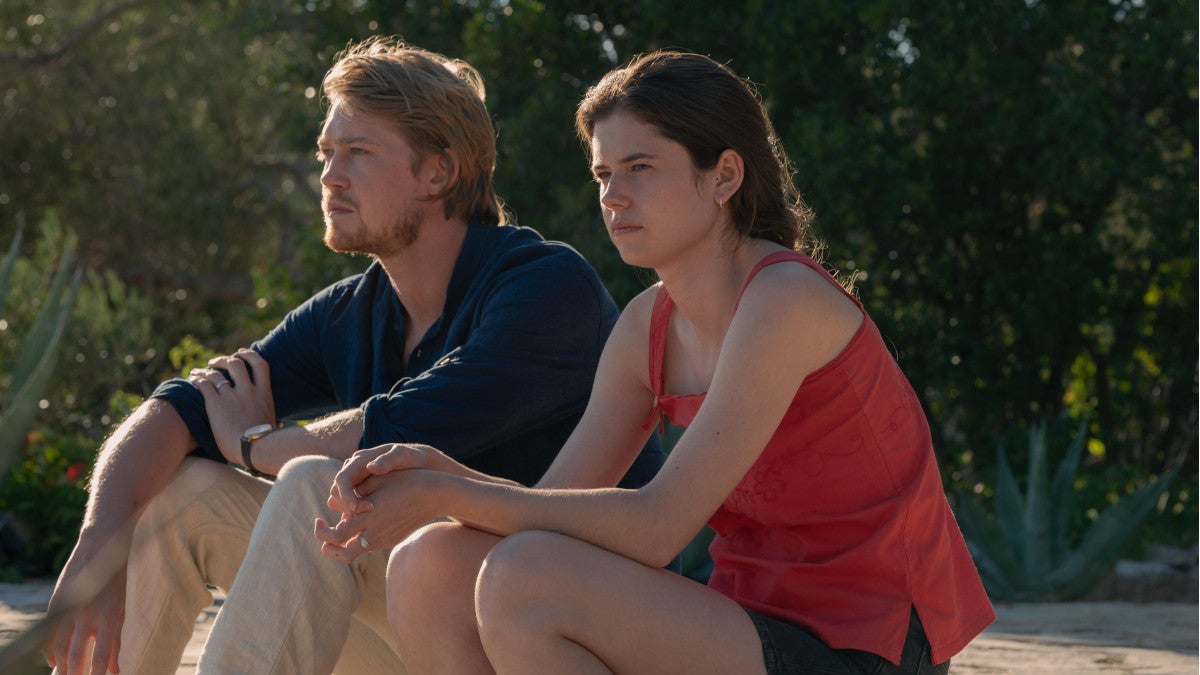 The obvious comparison point for “Conversations with Friends” is “Normal People,” the other Hulu miniseries adapted from a Sally Rooney novel with the participation of director Lenny Abrahamson and writer Alice Birch, similarly full of literate, socially fraught and sometimes-naked young people in Ireland.

But “Conversations” also shares some DNA with the late, great HBO series “Girls” — and not just because Jemima Kirke, who played the mercurial Jessa on that show, resurfaces here in older, wiser garb. Though the new show isn’t as barbed or hilarious as Lena Dunham’s controversy magnet, it’s similarly attuned to twentysomething tumult, and how it affects the life of an aspiring writer — to a point, anyway.

Another similarity to “Girls” is that the central young writer’s life has plenty of privilege, even if she doesn’t realize it. Frances (Alison Oliver) comes from a relatively humble background, a child of divorce with an often-unsmiling mom (Justine Mitchell) and a gentle but alcoholic dad (Tommy Tiernan). But her life is charmed in that way that younger people don’t always recognize in the moment, as she spends the summer break from her Dublin university at a dull but undemanding job as a manuscript reader and performing her own poetry at a local club with her ex-girlfriend and current bestie Bobbi (Sasha Lane).


That’s how Frances and Bobbi meet more established, grown-up writer Melissa (Kirke) and her actor husband Nick (Joe Alwyn). Bobbi is especially taken with the sophisticated Melissa, who eventually invites the two young friends on a summer holiday to Croatia. The invitation is extended without the knowledge that Frances and Nick have begun an affair, which quickly exceeds the mild flirtation between Bobbi and Melissa. Those two present as more bohemian and free-spirited, but it’s the quieter Frances and Nick who act on their desires.

Contrary to its chatty-sounding title, “Conversations with Friends” is a semi-somber chamber piece that places a lot of emphasis on what’s not being said. Frances in particular has a habit of clamming up, cutting conversations short and suppressing her infatuations behind a tight-lipped (though not always convincing) smile. Nick can be passive, sometimes downright recessive, and even the more forthright Bobbi conceals her neediness through a confrontational, extroverted style.

At first, these characters are intriguing, sometimes beguiling. Oliver and Lane are particularly adept at holding the spotlight without showing off (even when Lane’s character very much is showing off), and Kirke does a lot with the least screentime of the four major roles, never leaning too hard on her “Girls” persona. But as the blush of the new fades (and the action moves back to Dublin from Croatia), the show’s relationships start to feel listless, whether it’s the passion of Frances and Nick or the fraught, wounded closeness of Frances and Bobbi (who are far more convincing as co-dependent best friends than recent exes).

It’s not a lack of chemistry so much as a lack of contrast; there are few enough characters in the show that Frances’ romantic options feel more like defaults than destinies, the chats about the nature of monogamy more wishy-washy than provocative. The first chunk of the 12 episodes are especially well-honed by the concise editing that doesn’t linger too long in key scenes. Eventually, though, that technique, and the show’s intimacies in general, start to feel claustrophobic.

Divided into 30-minute chapters that are tightly assembled and uneventful in equal measure, “Conversations with Friends” inescapably feels like a small, precise novel imperfectly translated to the screen. That’s not to say it’s entirely page-bound; the filmmaking is confident enough in the actors’ vivid performances and small gestures to avoid stepping on their work with imported narration.

The downside to this spare strategy is the sheer number of scenes that consist of characters (mostly Frances) looking out train windows, emailing, or texting. (Critics may be especially aware of this because the screeners provided of some later episodes didn’t always include finished treatments of the phone-screen effects, meaning characters are occasionally emoting into blankness — an inadvertent demonstration of the acting challenges at hand.)

This is ultimately a show about a writer learning to express herself a little more clearly, an arc that might simply be better-suited for the interiority of prose. It’s not trying to do the exact same thing as “Girls,” but “Conversations with Friends” still could have learned something from that show’s willingness to speak up.

“Conversations with Friends” premieres Sunday, May 15 on Hulu.