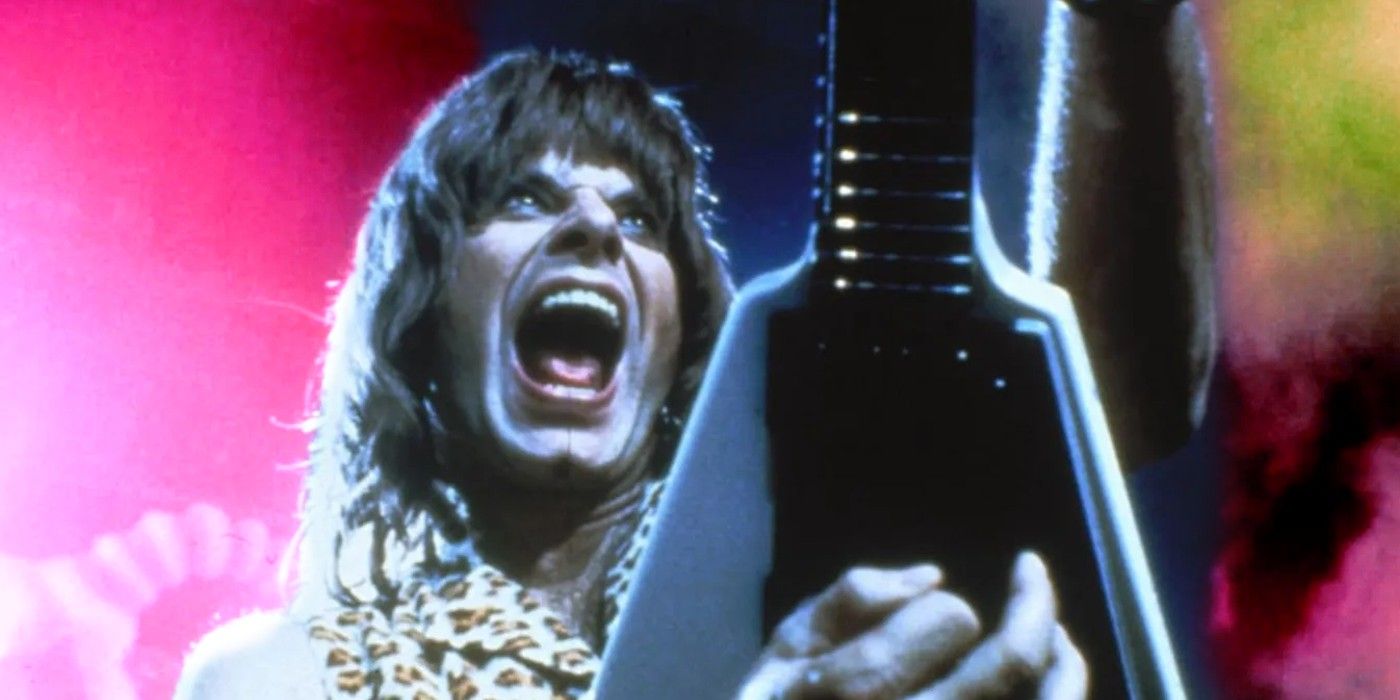 This Is Spinal Tap 2 gets the iconic mockumentary rock band back together, and the sequel can now pay off a genius joke from the original.

This Is Spinal Tap 2 can finally do full, girth-y justice to Nigel Tufnel’s classical masterpiece – the inimitable “Lick My Love Pump.” Though The Office shunted mockumentary-style comedy into the mainstream, 1984’s This Is Spinal Tap remains one of the most celebrated examples of that fourth wall-breaking format. The tale of a fictional (well, semi-fictional – they’ve since released three proper studio albums) British rock band is now getting a sequel 38 years later. This Is Spinal Tap 2 reunites Rob Reiner (director and in-story filmmaker, Marty Di Bergi) alongside the central trio of Michael McKean (David St. Hubbins), Christopher Guest (Nigel Tufnel) and Harry Shearer (Derek Smalls).

The original This Is Spinal Tap is chock-full of classic skits, and arguably the most side-splitting of them all is Tufnel’s “Lick My Love Pump” scene. The joke begins with Tufnel forgoing his usual electric guitar for the piano, skillfully playing a genuinely beautiful, delicate piece of music in D minor (the saddest of all keys), which he describes as “Mach” – a mixture of Mozart and Bach. An impressed Di Bergi looks on before finally asking for the composition’s title. Tufnel casually replies, “Well, this piece is called “Lick My Love Pump.“

Related: Better Call Saul: Why Chuck Killed Himself In Season 3

It’s a genius slow-build setup that plays upon 1970s/1980s rock bands such as Kiss, Led Zeppelin and Aerosmith, whose song titles and lyrics regularly incorporated barely-hidden phallic innuendo. A classic though it may be, This Is Spinal Tap doesn’t take its “Lick My Love Pump” gag all the way. Before revealing the song’s name, Tufnel describes “Lick My Love Pump” as part of a classical music trilogy, and he then goes on to sing a second melody written for some imaginary horn section. In a 2000 director’s commentary, the Spinal Tap guitarist (in-character) revealed he was still plugging away at the composition, and was incorporating “a lot of fog and pipes.” Nigel Tufnel has clearly envisioned his “Lick My Love Pump” trilogy as a huge, dramatic orchestral piece recited on a huge stage with a conductor and all the pump and circumstance you’d expect. It’s a hilarious mental vision, but This Is Spinal Tap never took the final step of realizing Tufnel’s disaster-waiting-to-happen musical trilogy onscreen. That’s where This Is Spinal Tap 2 can step in.

Set almost 40 years later, let’s assume Nigel Tufnel has completed his musical trilogy, and is finally ready to perform “Lick My Love Pump” in front of a sold-out crowd at a prestigious classical music venue – the Royal Albert Hall, or something similar. What begins as a typical classical music recital then descends into classic Spinal Tap madness reminiscent of the original movie’s infamous “Stonehenge” gig. Maybe a giant “love pump” rises out of Tufnel’s piano, or a mist-covered choir emerges chanting the song’s bawdy title. Perhaps the horn section’s instruments have all been designed to look as phallic as possible. There’s really no end to the comedy fun This Is Spinal Tap 2 could enjoy with a bid-budget, no-holds-barred performance of “Lick My Love Pump” in the grandiose environment Nigel Tufnel first envisioned it. A joke first set up in 1984 gets a raucous 2020s punchline that blends the uppity reputation of classical music with the sex-obsessed extravagance of a 1980s heavy metal outfit.

It’d be the crude-but-clever cringe humor This Is Spinal Tap is renowned for, but would also make perfect sense in the context of this sequel’s story. This Is Spinal Tap 2‘s synopsis confirms the members have gone their separate ways since the original documentary. It’s only natural the trio would explore other creative outlets in the intervening years and, inevitably, make fools of themselves while doing so. Perhaps a disastrous debut performance for “Lick My Love Pump” helps bring Nigel, Derek and David back together in This Is Spinal Tap 2.

Craig first began contributing to Screen Rant in 2016, several years after graduating college, and has been ranting ever since, mostly to himself in a darkened room. Having previously written for various sports and music outlets, Craig’s interest soon turned to TV and film, where a steady upbringing of science fiction and comic books finally came into its own.
Craig has previously been published on sites such as Den of Geek, and after many coffee-drenched hours hunched over a laptop, part-time evening work eventually turned into a full-time career covering everything from the zombie apocalypse to the Starship Enterprise via the TARDIS.

Since joining the Screen Rant fold, Craig has been involved in breaking news stories and mildly controversial ranking lists, but now works predominantly as a features writer.
Jim Carrey is Craig’s top acting pick and favorite topics include superheroes, anime and the unrecognized genius of the High School Musical trilogy.