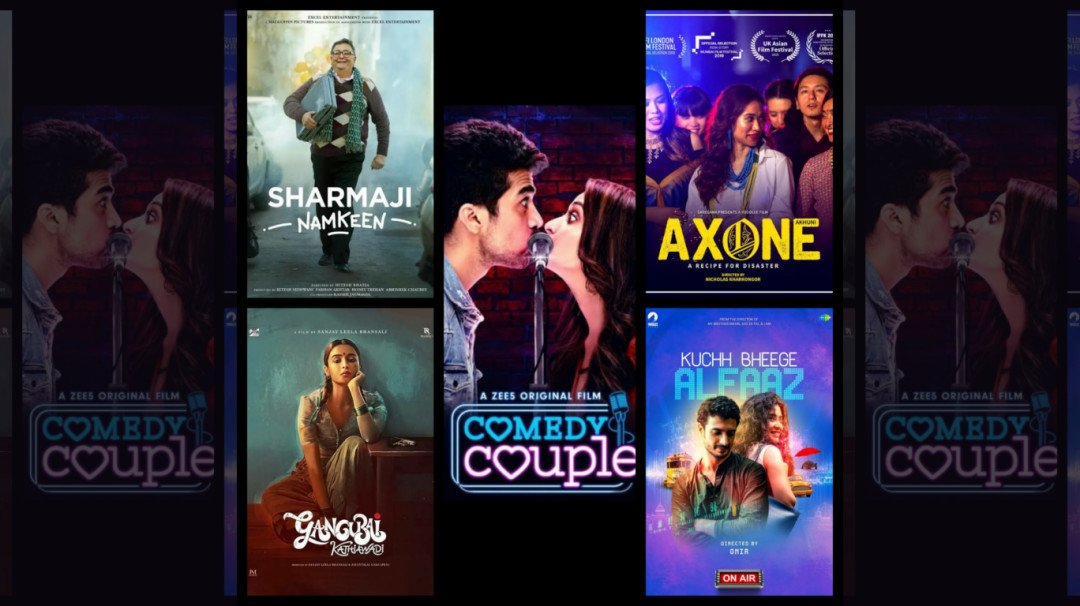 If you are finding it hard to get through the long summer days, binge-watch these OTT favorites across genres, and before you know it, the holidays will seem less dull and more engrossing. Here is our list of must-see films to get you started:

Comedy Couple: Ever wondered what stand-up comics are like in real life? How do they navigate their relationships? Do they laugh through life’s challenges? Or do they have a secret stash of troubles they cannot speak about? What if they did speak about serious things? Can they survive the consequences of raising serious issues? Can two comics find a balance between their personal and professional lives?  This Yoodlee production and  Zee5 Original starring Saqib Saleem and Shweta Basu Prasad answers some of these questions. With sharp one-liners that make you laugh and also think, this Nachiket Samant directorial is a perfect watch for a lazy afternoon.

Gangubai Kathiawadi: This  Pen India Limited production and Sanjay Leela Bhansali directorial is a celebration of Alia Bhatt’s astounding talent and of cinema imbued with an old-world charm. With opulent sets, lavish song sequences, period detailing, and a compelling story, the film is watchable from the very first scene and is a wrenching but ultimately uplifting story of a young girl who rises above her circumstances to not just stand up for herself but also for the 4000 women who look up to her for guidance and support. The events that lead to a pawn transforming into a queen are rivetting enough to be rewatched multiple times. Catch it on Netflix.

Sharmaji Namkeen: This Hitesh Bhatia directorial is the final film in the glittering filmography of Rishi Kapoor. The actor in fact died before he could complete the film and Paresh Rawal was roped in to play the protagonist in the remaining portions. Watching the film hence is a bitter-sweet experience even though the story itself is full of the familiar tang of homemade chutneys. The story of  B. G. Sharma, a 58 years old widower, rediscovering his passion for life and cooking via catering for a bunch of kitty parties is heart-warming. It also shows that the human need for having a purpose in life does not fade even when people grow older. The film can be seen on Amazon Prime Video and was produced by Excel Entertainment and MacGuffin Pictures.

Kuchh Bheege Alfaaz: On a scorching day, watch this rain-drenched romance that stars accidentally and grows into a deep connection. The love story may seem far-fetched but isn’t love always impossible before it actually arrives and changes our lives forever? Directed by Onir, this is however not just a mushy story but deals with deep-rooted issues that sometimes prevent people from feeling lovable. They may feel physically imperfect or occasionally let their past experiences prevent them from finding happiness.   The Yoodlee film stars Geetanjali Thapa, Zain Khan Durrani, and Mona Ambegaonkar in leading roles and can be watched on Netflix.

Axone: Casual racism is a misnomer because it is never casual. This Nicholas Kharkongor directorial without being preachy even once brings us face to face with the discrimination that targets Northeastern Indians routinely. The story begins in Delhi where a group of   Northeastern migrants is trying to eke a living. At every step, they confront curiosity, suspicion, and insensitive questions. Things come to a head when they want to prepare a pungent wedding dish but its smell creates great turmoil among the neighbors. The film is as authentic as the dish it is named after and stars  Sayani Gupta, Lin Laishram, and Tenzin Dalha among others. The film was produced by Yoodlee. ‘Axone’ is streaming on Netflix.