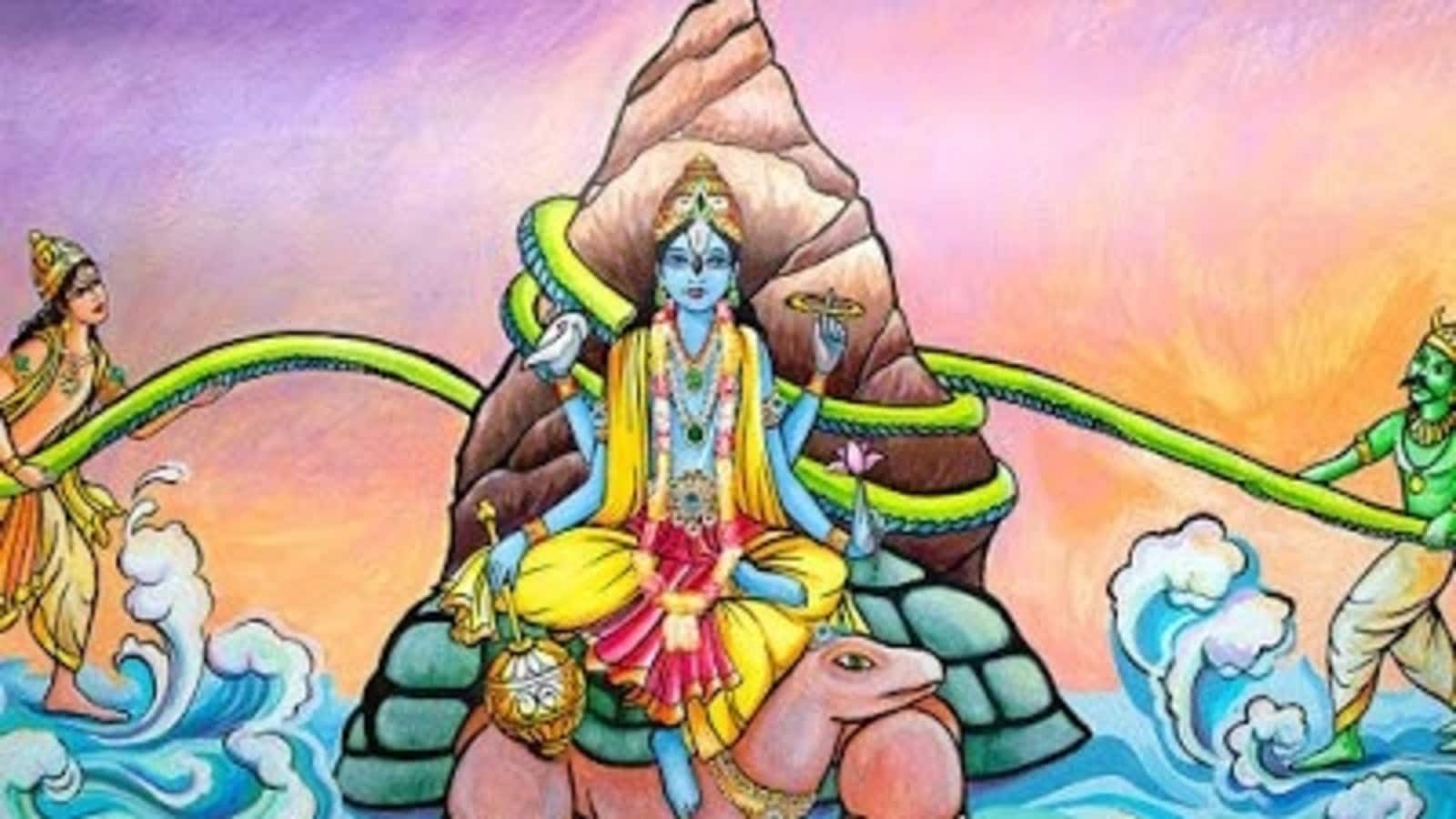 In Sanskrit language, the word Kurma means a “tortoise” and the Hindu community celebrates the festival of Kurma Jayanti or Shri Koorma Jayanti to commemorate the birth of Vishnu in his incarnated form of a tortoise. According to the Hindu scriptures, Vishnu appeared in the form of a tortoise to lift the gigantic Mandarachal mountain on his back during the Samudra Manthan.

Hindus believe that Vishnu emerged as a giant kurma or tortoise and held the Mandrachal mountain on his back and without his assistance in the form of Kurma, Ksheersagara would not have been completed. Hence, the day of Kurma Jayanti possesses great religious significance and is one of the most auspicious and significant festivals for Hindu people, which is believed to be auspicious for commencement of any sort of construction works.

On this day, taking a holy bath before sunrise on this day is regarded as sacred after which the devotees wear fresh and tidy puja vastra or worship clothing and offer prayers to Lord Visnu by offering chandan, tulsi leaves, kumkum, incense sticks, flowers and sweets to the deity. Some devotees even observe a silent vow or a strict Kurma Jayanti fast on this particular day and abstain themselves from consuming pulses or cereals while only consuming milk products and fruits, since Kurma Jayanti fast is considered highly significant.

During the observance of the vrat or fast, the observers are not only restricted to perform any kind of sinful or evil deeds, including speaking lies, but are also not allowed to sleep during the night and required to spend their entire time reciting Mantras in order to please Vishnu, with recitation of ‘Vishnu Sahasranama’ considered as highly auspicious. Once all the rituals are finished, devotees perform aarti along with performing charity on the eve of Kurma Jayanti as it is regarded as highly rewarding hence, the observer should donate food, clothes and money to the Brahmins.