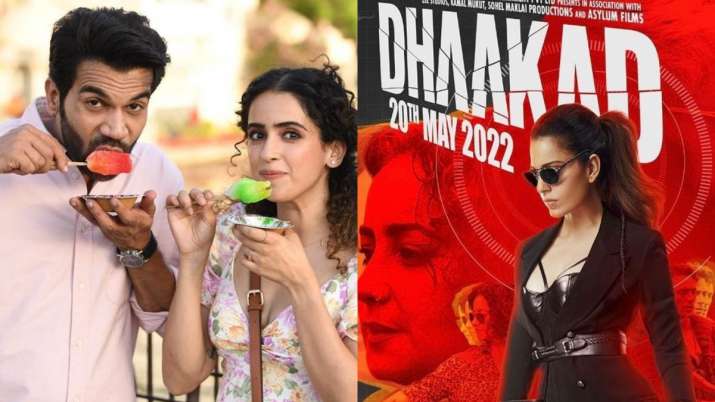 Hit new release date has been announced. Actors Rajkummar Rao and Sanya Malhotra’s upcoming film ‘Hit-The First Case’ will now release on July 15. The mystery thriller was earlier scheduled for May 20. It appears that the makers of the film are trying to avoid a clash with actress Kangana Ranaut‘s high octane actioner ‘Dhaakad’, which is slated to hit the big screens on May 20.

‘Hit’ is a remake of the Telugu film of the same name. The original released in 2020 and was jointly produced by south star Nani and Prashanti Tipirneni. The film features Vishwak Sen and Ruhani Sharma in the lead roles. ‘Hit-The First Case’, a suspense thriller, directed by Dr. Sailesh Kolanu, who also helmed the original movie brings a gripping tale of a cop who is on the trail of a missing girl has created the much needed hype to be one of the most edgy films of the year. Produced by Bhushan Kumar, Dil Raju, Krishan Kumar, and Kuldeep Rathore, the film is directed by Dr. Sailesh Kolanu.

Talking about Dhaakad, the film starring Kangana Ranaut is a high octane spy thriller led by a female star, the film is made on a lavish budget. In terms of appeal, the film is also the country’s first big scale multilingual project to be headlined by a female superstar. The actioner led by Kangana, stars Arjun Rampal, Divya Dutt and Saswata Chatterjee along with a power packed ensemble cast.

‘Dhaakad’ will see Arjun and Kangana battling each other and their duels are clearly to be relished on the big screen. It is no less than the clash of the titans and the combat sequences have a never seen before quality to them. It is designed as an international level spy thriller, directed by Razneesh Razy Ghai and produced by Deepak Mukut and Sohel Maklai.