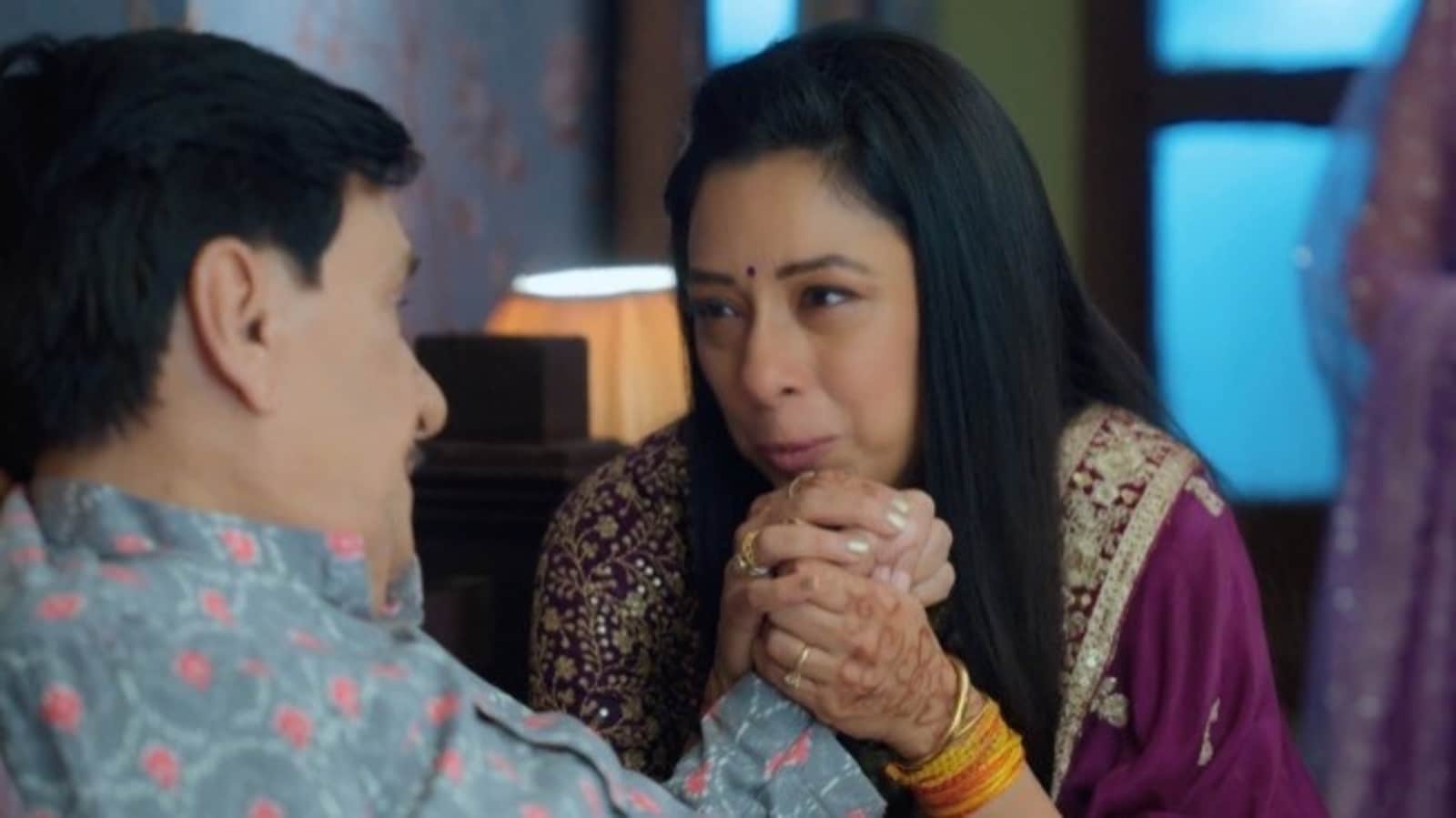 The previous episode of Anupama ended with a lot of drama and tension as Hasmukh collapsed. Vanraj blamed Anuj and Anupama and GK revealed the secret about Hasmukh’s health. In the latest episode, Anupama is beyond consolation as she recalls how Hasmukh always supported her and cared for her. She tells Anuj how he never let her miss her father. Anuj tries to comfort her but Vanraj and Leela’s words have affected her deeply. (Also Read | Anupama written update May 11: Hasmukh collapses, Vanraj blames Anupama for his illness)

As soon as they find out that Hasmukh is awake, they rush to his room. In this emotional sequence, Hasmukh tells Anupama that he wants to see her getting married or else he will die. Anupama continues to insist on postponing the wedding. Leela and Vanraj taunt Anupama for being responsible for Hasmukh’s health. However, Hasmukh keeps on defending her and remains adamant about his decision to go for surgery after the wedding only.

Vanraj started to mellow down a little at the wedding but this incident changes everything. He asks the doctor for the earliest appointment for surgery and Anuj agrees. Amidst the new challenges, it will be interesting to see how Anupama will manage to fulfil her responsibilities as Hasmukh’s daughter and also, as Anuj’s wife.

On the other hand, Hasmukh’s adamance makes Anuj and Anupama accept his decision. GK apologises to everyone for not telling anyone about Hasmukh’s health. While Vanraj continues to frown, Anupama forgives him. Leela is enraged at Anupama and condemns Hasmukh’s decision to still participate in the wedding. Leela tries to reason with him. She argues that he also has some responsibility towards herself and Vanraj.

Vanraj announces that he has booked the appointment for the evening and that his treatment will begin instantly. Hasmukh remains stubborn and declares that he is not going anywhere. He tells her that the virtue of kanyadaan (a ritual in Hindu weddings) is more important for him than anything. Anupama and his mother remain overwhelmed at his dedication. Devika also exclaims at his sacrifice.

Anupama also continues her insistence and decides that she will not get married before Hasmukh’s treatment. This new turn of events shocks everyone. Rakhi Dave also praises Hasmukh and empathises with his sentiments. Both father and daughter continue arguing but in the end, the father’s love wins.

Hasmukh convinces everyone to continue with the wedding. Anupama also agrees after he promises to focus on his health primarily over anything else. GK tells Anupama that it’s Hasmukh’s hope that will keep him alive, not the medicines. After this heavy dose of sentiments and drama from the set of Anupama, it will be interesting to see how this new event will change Anupama’s life. Will this affect her relationship with Anuj? Will Vanraj create more issues at her wedding? Keep watching this space for all the latest updates!